Illumination and Nintendo Launch First Trailer for The Super Mario Bros. Movie, which will be released in 2023

“We are thrilled to finally share the very first look at The Super Mario Bros. Movie,” said Chris Meledandri, Illumination’s Founder and CEO. “Nintendo’s Mario and Luigi are the most iconic and beloved characters in the gaming universe and it has been an incredible honor to work with Miyamoto-san over the past few years to bring this story to film in a way that is authentic to its roots.”

"What kind of movie should Super Mario Bros. be?” said Shigeru Miyamoto, Representative Director, Fellow of Nintendo. “We have been working for a very long time with Chris of Illumination thinking about this question. We are now able to have everyone get a peek at the film. With not just the story itself, but through the characters’ look, their emotions, various gestures, we have built a Super Mario world using the language of film. Please enjoy the unique Mushroom Kingdom experience spread widely on the theater screen. Also keep an eye out for the characters, and memories from Nintendo games sprinkled in small parts of the screen throughout the film. The release is just around the corner, and we are in the fine tuning phase finalizing all the details, just as we do with a Nintendo game. It is a film for all ages to enjoy, and I ask everyone to please cheer for Mario at the theaters.”

Illumination, founded by Chris Meledandri in 2007, is one of the entertainment industry’s leading producers of event-animated films, including Despicable Me—the most successful animated franchise in cinematic history—as well as Dr. Seuss’ The Lorax, Dr. Seuss’ The Grinch and The Secret Life of Pets and Sing films. Illumination’s soon-to-be released The Super Mario Bros. Movie will join a studio library that includes two of the top 10 animated films of all time. Illumination’s iconic, beloved franchises—infused with memorable and distinct characters, global appeal and cultural relevance—have grossed more than $8 billion worldwide. Illumination has an exclusive financing and distribution partnership with Universal Pictures. Illumination’s upcoming films in 2023 include The Super Mario Bros. Movie and Migration.

Nintendo Co., Ltd., headquartered in Kyoto, Japan, has created franchises that have become household names worldwide, including Mario™, Donkey Kong™, The Legend of Zelda™, Metroid™, Pokémon™, Animal Crossing™, Pikmin™ and Splatoon™, through its integrated hardware and software products. Nintendo aims to deliver unique, intuitive entertainment experiences for everyone, manufacturing and marketing video game devices such as the Nintendo Switch™ family of systems, developing and operating applications for smart devices, and collaborating with partners on a range of other entertainment initiatives like visual content and theme parks. Nintendo has sold more than 5.4 billion video games and over 800 million hardware units globally. From the launch of the Nintendo Entertainment System™ more than 30 years ago, through today and into the future, Nintendo’s continuing mission is to create unique entertainment that puts smiles on the faces of people all over the world. 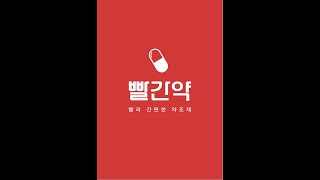 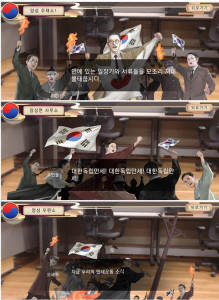