In Puzzle Combat, players will immerse themselves in battling enemies from the dangerous Dread Army with power-ups by creating unique match combinations. Players recruit spies, medics, demolition experts and more to fight on their side, each bringing unique special attacks to the fray. Players will also design impenetrable bases by constructing and upgrading buildings like foundries, workshops, training schools and quarters.

“Puzzle Combat gives players the rush of commanding the ultimate squad of heroes, all through the familiar fun of a match-3 experience,” said Jose Saarniniemi, Managing Director of Small Giant Games. “By combining key elements of Empires & Puzzles with a new, modern combat-themed game design, Puzzle Combat immerses players in a dynamic, action-packed virtual world filled with zombies. Following today’s release, we expect Puzzle Combat to build a community of engaged gamers with additional themes and upgraded features designed to appeal to players around the world.”

Puzzle Combat matches players in PvP battles with other players around the world. To achieve combat dominance, players summon hundreds of individualized powerful heroes, each with unique abilities, and collect different weapons to upgrade and use in the field. As players progress, they can also join alliances to share best tactics and compete in challenging team events to promote their heroes, advance together and form the ultimate fighting force.

Puzzle Combat is available now for iOS and Android as a free download.

Zynga will release its first quarter 2021 results after the close of the market on Wednesday, May 5, 2021.

Zynga is a global leader in interactive entertainment with a mission to connect the world through games. To date, more than one billion people have played Zynga’s franchises including CSR Racing™, Empires & Puzzles™, Merge Dragons!™, Merge Magic!™, Toon Blast™, Toy Blast™, Words With Friends™ and Zynga Poker™. Zynga’s games are available in more than 150 countries and are playable across social platforms and mobile devices worldwide. Founded in 2007, the company is headquartered in San Francisco with locations in the U.S., Canada, the U.K., Ireland, India, Turkey and Finland. For more information, visit www.zynga.com or follow Zynga on Twitter, Instagram, Facebook or the Zynga blog.

This press release contains forward-looking statements, relating to, among other things, our expectations related to the launch of Puzzle Combat, including its launch and reception, adoption by players, game features and highlights, and overall growth opportunities. Forward-looking statements often include words such as “will,” “planned,” “intends,” “anticipate,” “believe,” “target,” “expect,” and statements in the future tense are generally forward-looking. The achievement or success of the matters covered by such forward-looking statements involves significant risks, uncertainties, and assumptions. Undue reliance should not be placed on such forward-looking statements, which are based on information available to us on the date hereof. We assume no obligation to update such statements. More information about these risks, uncertainties, and assumptions is or will be described in greater detail in our public filings with the Securities and Exchange Commission (the “SEC”), copies of which may be obtained by visiting our Investor Relations website at http://investor.zynga.com or the SEC’s website at www.sec.gov. 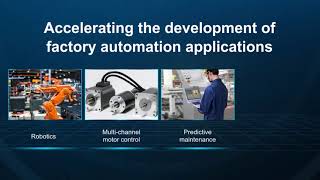 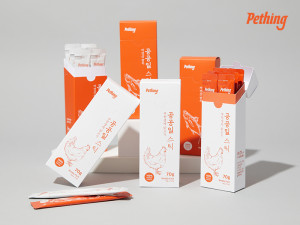